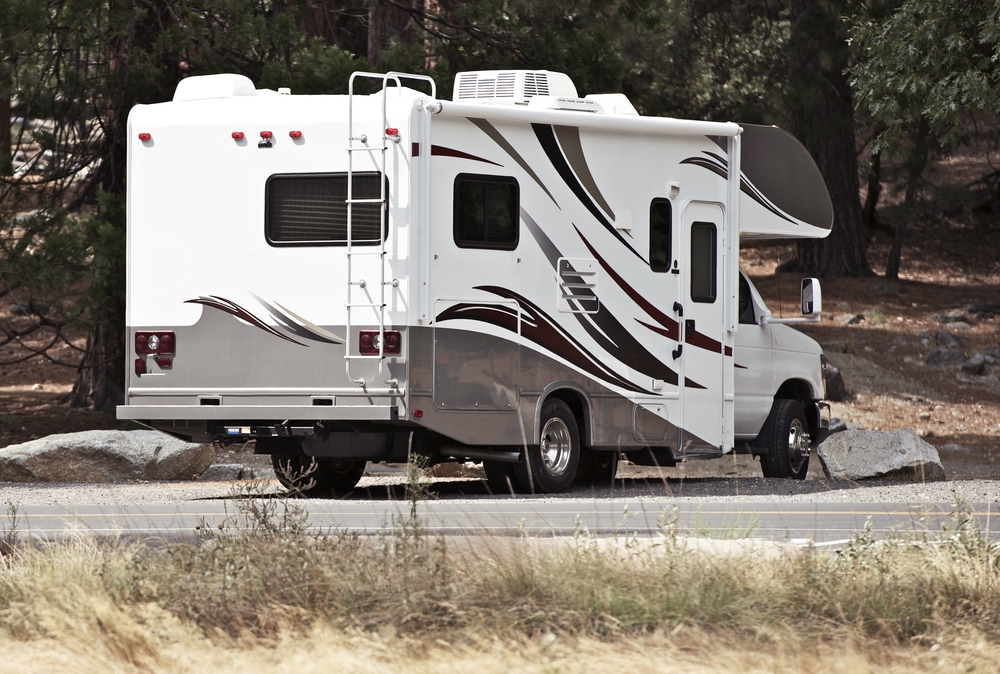 If you are an RV enthusiast, then you have most likely seen or at least heard of Super C RV.

Because they are built on truck chassis, they have some advantages over Class A motorhomes and other RVs. In this post, I will tell you everything you need to know about these recreational vehicles.

The definition of Super C RVs

Super C RVs are motorhomes. They look like Class C RVs but they have a larger chassis and a more powerful engine.

Because of their bigger frame, they are typically more spacious and can accommodate more people comfortably. They also generally have more features and amenities because they have space plus a powerful engine.

Ordinary Super Class C RV are built using the chassis and the engine of commercial trucks such as the Ford E-450.

So they are undoubtedly big RVs. In contrast, Super C Class RV vehicles are built using the chassis and the engine of more powerful commercial trucks such as the Ford F-550.

So they are bigger in size and their engines have more horsepower. Therefore, the easiest way to define Super C RVs is to say they are upgraded Class C RVs.

What are the advantages of Super C Motorhome RVs?

So why should you bother getting a Super C RV and not a Class C RV or any other RV for that matter?

Well, it is because Super C RVs have several advantages over ordinary Class C motorhomes and other RVs. The advantages are described below:

Because they are built on the chassis of massive commercial trucks such as the Ford F-550, Super C motorhomes are typically very big.

They are bigger than Class C motorhomes and several many Class A motor-homes. Because they are very big in size, they are generally more spacious and have more furniture, features, and amenities.

Because they are built on the frame of bigger commercial trucks, they typically have a wider wheelbase.

This makes them more stable and safer to drive. They are also easier to drive off-road or on rough terrain because of how stable they are.

Because these RVs are bigger in size, they typically have more internal and external storage areas. Some of them even have an outdoor kitchen or a toy storage area.

Most of the RVs are made from the chassis and the engine of the Ford F-550. The Ford F-550 engine is powerful.

It has a very impressive towing capacity. This means a typical Super C RV can tow some serious weight. Many use it to haul their boats or toys for adrenaline activities when camped.

Because Super C motorhomes are built using the chassis and the engine of powerful commercial trucks that are built to move heavy goods for hundreds or thousands of miles every year, they are very durable.

The Super Class C are unlike smaller RVs made using the body of smaller trucks.

Should you buy a new or used Super C recreational vehicle?

Whether you should buy a new or used Super C motorhome really depends on your pocket.

If you are willing to spend a lot of money, you should go for a new Super C motorhome. Because it is new, it will have all its features and amenities intact.

It will have its warranty or warranties intact. It will also have virtually zero mileage, which means that if you get bored with it, you can always sell it to someone else.

If you do not have a lot of money to spend, look for reputable used Super C RV for sale outlet, as used ones are normally way cheaper than new ones.

While used vehicles often have signs of wear and tear and plenty of mileage on the speedometer, there are some from careful owners that are well-maintained and have everything intact.

So if you decide to go for a used Super C, you should look online and check out as many vehicles as possible. If you are lucky, you will find one that is in excellent condition.

Their flagship model is known as Superstar and it goes for around $350,000. This is literally the price of a supercar.

However, considering the luxurious design, the features, amenities, and the powerful engine this Super C RV freightliner comes with, the price is totally justified. The vehicle is 40 feet long and has a massive 150-gallon freshwater tank.

This company, which has been in existence for over five decades, builds premium quality Class A and Class C vehicles.

Its RVs are some of the most sought after especially in the second-hand market because they are feature-rich, durable, and affordable. Entegra Coach makes the Accolade – one of the cheapest Super Cs in the United States.

Despite being cheap (MSRP $185,000), this Super C comes with everything you would expect in a motorhome including a washer/dryer, a control panel, and a king-size bed.

This company is part of the Thor Motor Industries and it is regarded by many camping enthusiasts and magazines as the top motorhome brand/manufacturer.

The best Super C manufactured by this company is the Thor Magnitude Super C. It goes for about $220,000.

The best thing about this motorhome is that it is easier to control than most because of its relative compactness.

It is wonderfully made and features a big screen TV, an outdoor entertainment design, and residential-style furniture. It is important to note that Jayco – a part of Thor Industries – makes the shortest super C RV models.

VIEW: What is Average Pop Up Camper Weight?