Home
Truck Rental
What Is a Liftgate On a Van, How Much Does it Cost and Weigh?

If you’re wondering about liftgates, it probably means that you’re expecting a delivery or looking to haul a load that will require one. 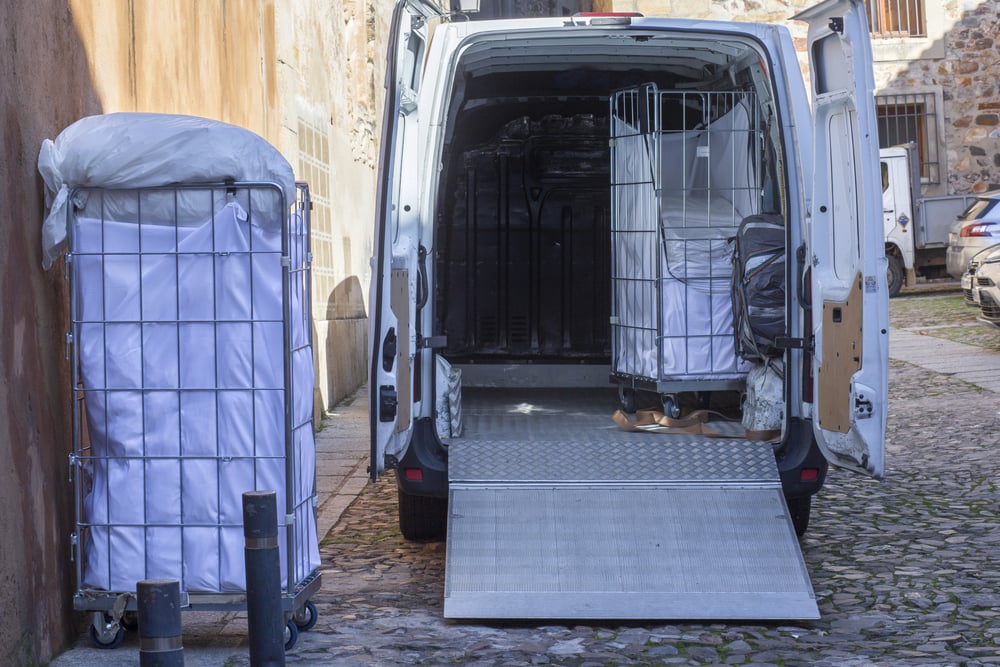 Liftgates are really easy to use and have a simple function. The service liftgates provide is more needed than you may think.

Especially by facilities with no ability to move items from the tailgate to the ground or lift them to the height of a trailer. 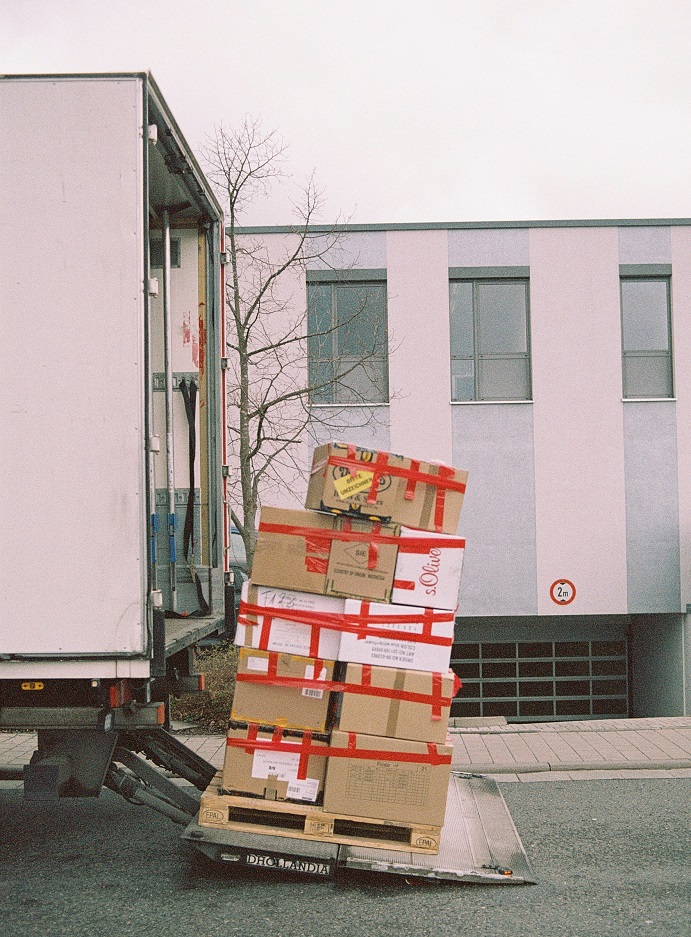 What is a liftgate on a van?

It’s a piece of hydraulic (it’s sometimes electric) lift that is mounted on the rear of a van.

It enables it to lift freight from the ground to the height of the tailgate of the vehicle, or vice versa. 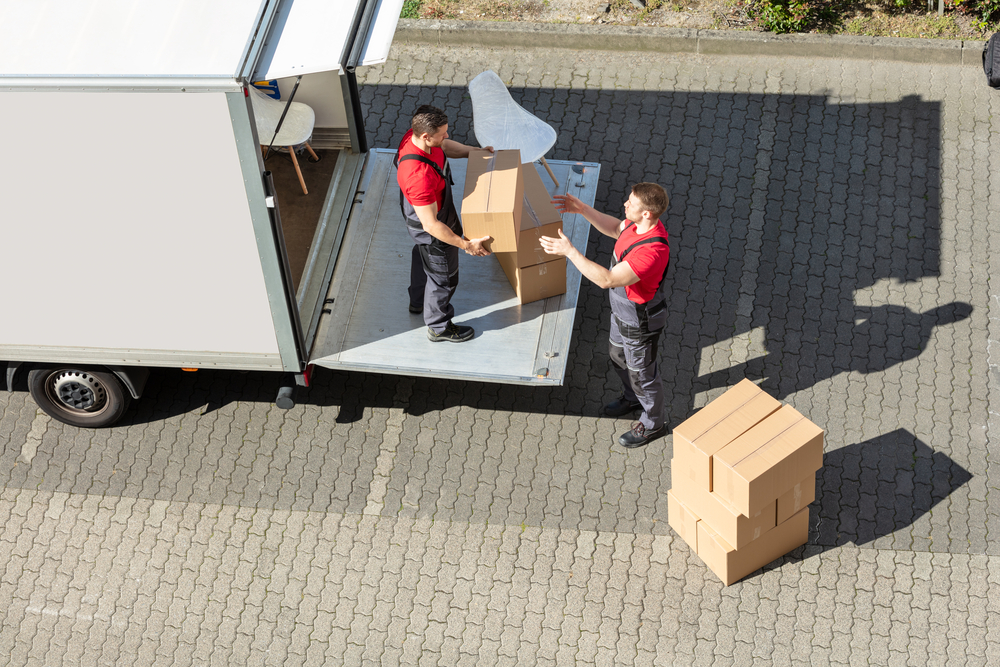 How does it work?

Liftgates use hydraulic pressure to push a piston through a cylinder that either raises or lowers the gate.

They are generally controlled using a switch box with a straightforward “up” and “down” function.

Vans with liftgates are difficult to miss. It’s a conspicuously large, heavy piece of equipment that significantly adds to its gross vehicle weight (GVW). 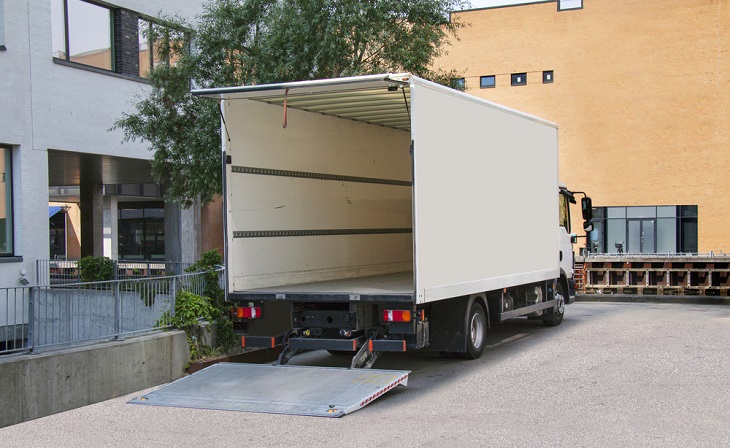 How much can a liftgate lift?

The rule of thumb is smaller capacity gates on smaller trucks, and then the larger ones on larger trucks.

The small size of your vehicle is usually not a problem as you can find liftgates for a truck that’s as small as a pickup. 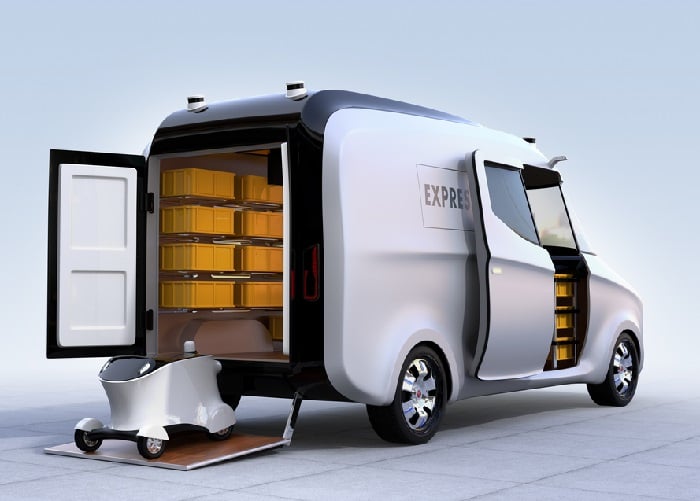 How much does a liftgate cost?

The challenge is mostly the ability to specify appropriate liftgates for various applications.

How much does a Tommy gate weigh?

Tommy Gate for a cargo van comes in various series models, and as such their weight differs.

The following are the four available Tommy Gates for cargo vans,

The V2 Series comes in two model weights; 420 and 500 lbs. V2 Series is the newest in liftgate technology.

This series by Tommy Gate provides maximum platform loading area while occupying the smallest space possible when put in the rear of the van. 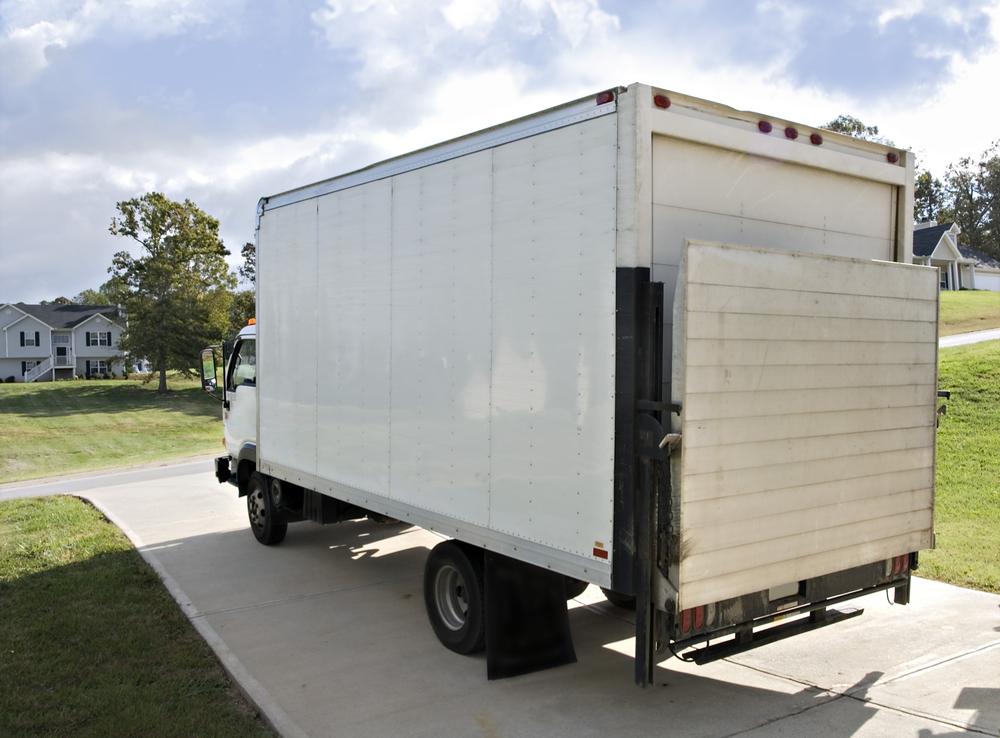 With its considerable platform, it has a liftgate capacity of 1300 lbs.

As a low-capacity, compact, and internally-mounted liftgate, the 650 Series is the ideal liftgate for lightweight van applications.

All 650 Series models fold up (platform and all) and are thereby easy to store flat against the inside of the rear door, keeping out of the way of ordinary tasks. 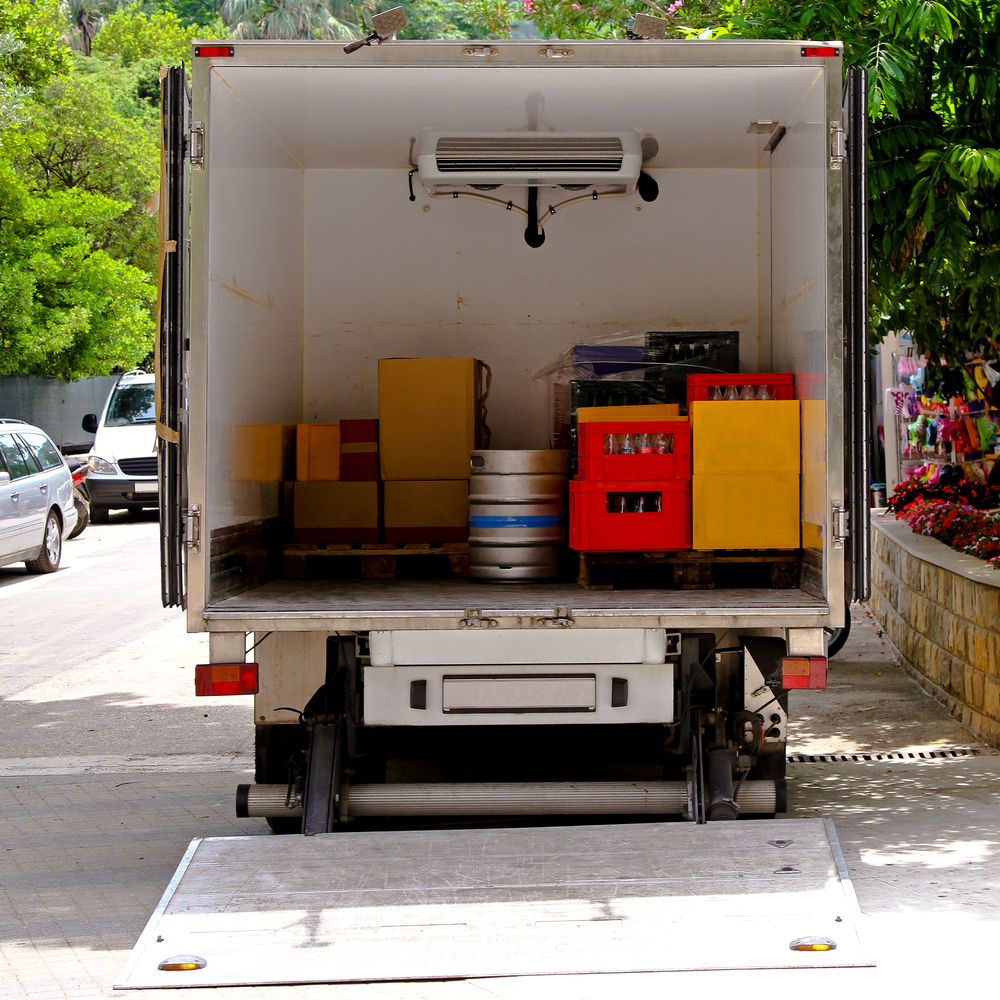 The Tommy Gate van lift uses a military aircraft-grade cable for improved strength. It’s constructed with the same high-end motors and pumps found in all the other Tommy Gate liftgates.

Original Series liftgates have a lifting capacity of 1,000 lbs and have a high-quality platform.

Do LTL carriers have pallet jacks?

Yes, they usually do. If the commercial LTL you rented doesn’t have it, it’s because it has been damaged or it was forgotten.

In which case you’ll need at least a liftgate that has a pallet jack. Or you can call the rental to make sure it included.

LTL stands for Less-than-truckload or less than load. LTL carriers are trucks needed to transport relatively small freight that requires between 1 h 10 pallets and weighs less than 15,000 lbs.

LTL carrier is what you use when your load doesn’t require an entire trailer.

In fact, there are some liftgates that are compatible to both Sprinter vans and Ford Transit vans. They typically have a 500-pound load capacity and are remote controlled. 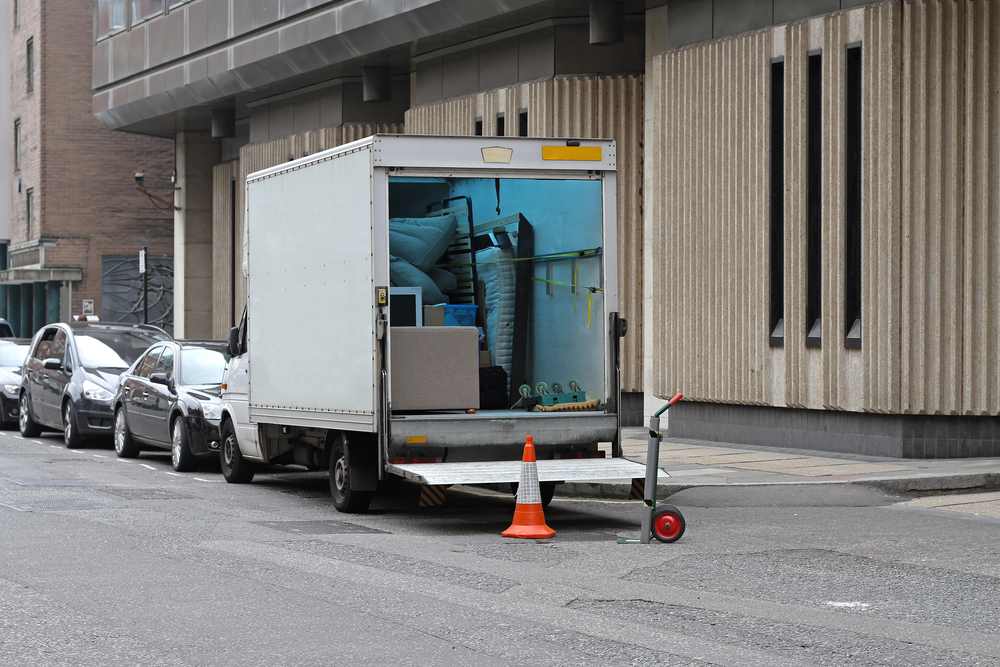 What SUVs have hands-free liftgate?

In all, there more than 30 models have the hands-free feature.

What SUVs have a power liftgate?

A power liftgate is a hatch that’s designed to open and close electronically.

To activate the power, you along with your key fob must be standing within 3 feet of your vehicle.

What cargo van is the most reliable?

The Ford Transit cargo van is regarded as the most reliable cargo van. The reason why this is the case is because it does not easily experience mechanical breakdowns and it is quite a durable vehicle.

It is the perfect cargo van for long distance or urgent transport. Other reliable ones include Mercedes-Benz Sprinter, Ram ProMaster, Chevrolet Express, and Nissan NV. 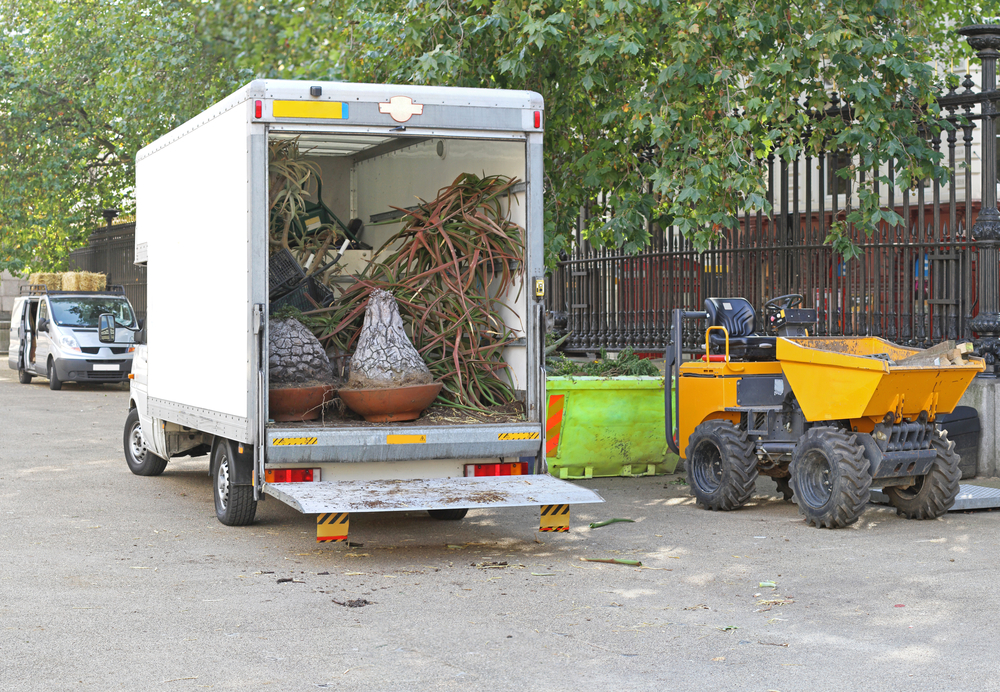 How do hands-free liftgates work?

A hands-free liftgate is a type that features smart technology that allows you to open and close the liftgates of vehicles with just a simple kick of your foot.

To open, tap your foot under the rear bumper of your vehicle, directly at the area dividing the exhaust pipe and license plate, and retrieve your foot back.

Repeat the motion if you want to close the gate.

Don’t worry about being bumped. It features sensors that will cause it to pause if it detects something or someone in its way.

What is a tailgate delivery?

A liftgate machine is a machine that makes it easy to unload cargo. So if you have heavy cargo that needs delivery, go for tailgate delivery. 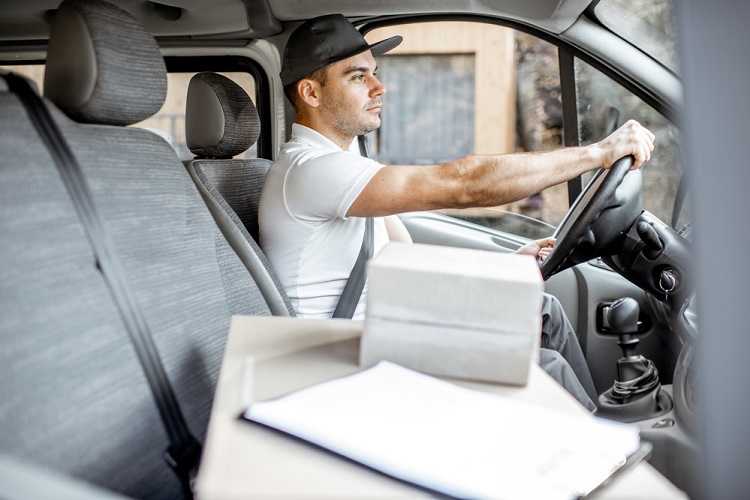 What is a tailgate fee?

Some transport companies charge a tailgate fee; this fee is a small price one has to pay in addition to the delivery fee.

It is a fee you pay to get your goods delivered by a liftgate truck. A liftgate truck is one with a machine for efficiently or conveniently unloading heavy cargo.

What is freight liftgate delivery?

A freight liftgate delivery is the special delivery of freight using a truck with a liftgate, or van having a piece of hydraulic (sometimes electric) lift installed on its back moves freight several feet off the ground to the tailgate of the truck or vice versa.

This sort of delivery is often requested by the recipients of heavy cargo to make it easy to unload the cargo using the liftgate. 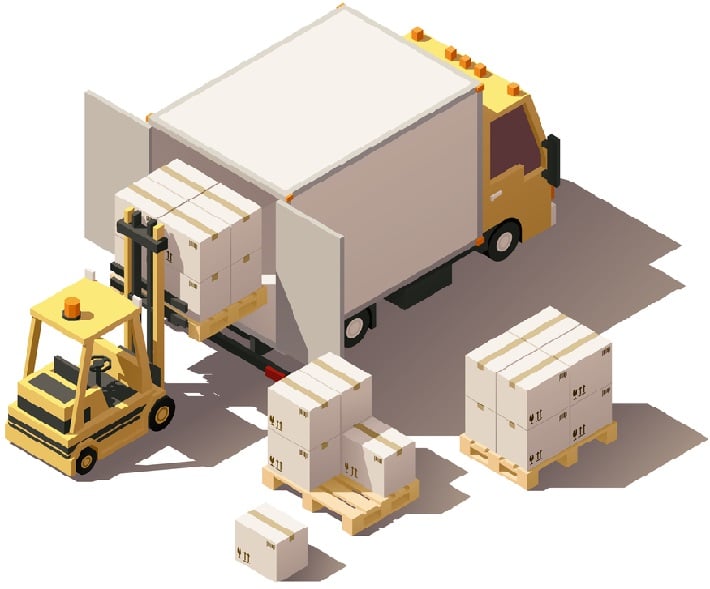 How does a Tommy Gate work?

A Tommy Gate works exactly like a standard liftgate. It does this in the sense that it uses a hydraulic lift to lift goods from the ground level to the trailer bed level.

It makes it easy to load a truck and to subsequently unload it at the final destination. 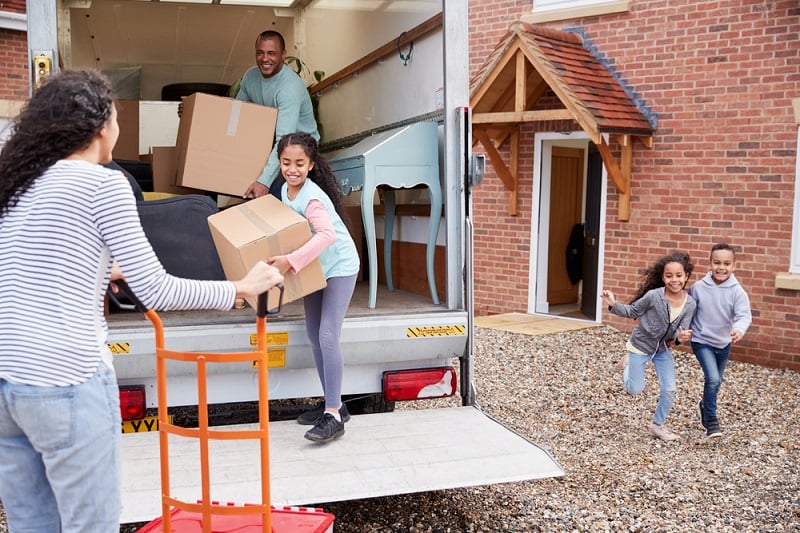