Home
Rv Rental - Sales
How Much Weight Can A Sprinter 2500 Carry?

How much does a Sprinter van weigh Vs the weight it can carry?

A sprinter van isn’t like a regular passenger vehicle. Meaning you don’t expect it to be able to carry as much load as a Nissan Altima. Then again, a sprinter van shouldn’t be expected to do as much as a trailer vehicle.

For a car that has both the components of a passenger vehicle and a cargo vehicle, if you’ve ever wondered what weight a sprinter van can carry, then this article will provide you with all the answers. How Much Does A Sprinter Van Weigh?

Sprinter vans are used for hauling cargo, which means they have the capacity to hold weight that regular cars are incapable of carrying. That being said, vehicles that possess such a large carrying capacity should definitely weigh a lot as well.

How much weight can the Sprinter carry? Well, it depends. It depends on what variant of this model you are talking about.

How much weight can the Sprinter 2500 Passenger Van carry?

The payload of this Sprinter 2500 Sprinter is 3,441 pounds. Payload refers to the weight that can be safely added to a vehicle as cargo.

The amount of weight that can be added to this vehicle is pretty good considering this is a passenger van.

And while you might rightfully think that the 3,441 pounds payload is impressive, wait until you find out that this van has a seating capacity of 12. This means you can easily and safely transport a pretty big number of people and their heavy luggage or gear in this van.

This van is popular among car rental companies that rent it to individuals, groups, and organizations in need of a big and comfortable mode of transport.

RELATED: How Much Does It Cost To Paint A Sprinter Van?

How much weight can the Sprinter 2500 Crew Van carry?

The seating capacity of this vehicle is 5. The fact that you can carry five individuals in this van plus equipment, tools, materials, and/or cargo weighing virtually 3,000 pounds is pretty impressive.

It is a great vehicle for small contractors, small companies, and companies involved in the delivery business. 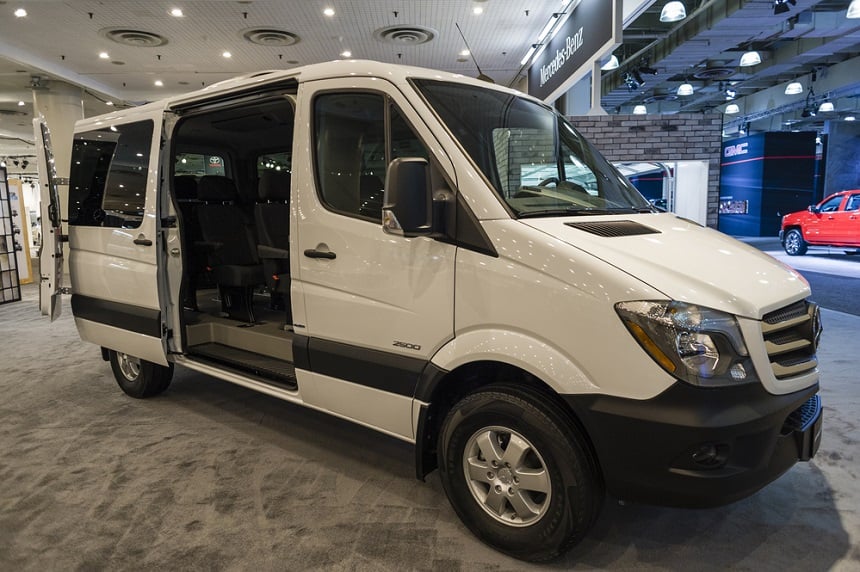 What is the weight of a sprinter van and why is important?

How much weight can the Sprinter 2500 Cargo Van carry?

The 2021 version of this Sprinter 2500 cargo van has a payload capacity of nearly 4,354 pounds. This means it can carry significantly more stuff than the other two types of Sprinter 2500 vans.

The only bad thing about this van is the fact that it can only carry two to three people. This seating capacity is not impressive.

However, considering that most of this van has been dedicated to carrying as much cargo as possible at a go, the seating capacity is understandable.

Because of this van’s big payload capacity, it is perfect for carrying cargo. It is also perfect for doing deliveries. Lastly, it is ideal for converting into a spacious RV for fun and long adventures.

How much weight can the three types of Sprinter 2500 tow?

The three types of vans can tow any vehicle under 5,000 pounds. They all have the same towing capacity. This is most likely because the engine is the same in all three vans.

The fact that these vans can tow a small vehicle, a toy trailer (e.g. an ATV trailer), and so on, makes it perfect for those who want to bring something with them for an adventure or emergency purposes.

However, remember that towing consumes plenty of gas/diesel. So before you hitch anything to a Sprinter 2500 van, think whether it is really necessary to do so especially if you want to go on a long trip.

How much weight is each of the three main Sprinter 2500 models?

How much weight can a 2500 Sprinter van hold?

The 2500 Sprinter Van comes in different models with separate abilities to hold weight. The Sprinter 2500 Passenger van can carry up to 3,441 pounds while the Crew Van has a payload of 2,983 pounds. The latest edition of the Sprinter 2500 Cargo Van can transmit cargo of up to 4,354 pounds.

How heavy is a sprinter van?

A standard sprinter van weighs over 5000lbs, with some even being up to 6000lbs in curb weight.

The Mercedes sprinter van has evolved over the years to include more trim packages with some advanced modifications. And of course, as newer models are being developed, there will be changes made especially when it comes to the vehicle’s specifications.

What is the payload of a Mercedes Sprinter?

The 2021 Mercedes-Benz Sprinter has an impressive payload that can range between 2,941 pounds to 6,735 pounds.

Do Sprinter vans have to stop at weigh stations?

Whether a van stops at weigh stations is largely dependent on its weight rating. Most Sprinter vans, especially from the 2500 series, will not need to stop at weigh stations because their payload is less than 10,000 pounds.

Some models of the Sprinter 3500 Van have a weight rating of up to 10,000 pounds, so they will need to be checked at the respective station.

How much weight can a Mercedes carry?

If you’re asking about a Mercedes van, then they can tow up to 5,000 pounds or even more depending on their model. Mercedes cars like the C Class C300, have a maximum loading weight of about 1,050 pounds.

What is the widest van?

The widest van out there would have to be a Mercedes Benz Sprinter as some of its models can be as wide as a small RV. 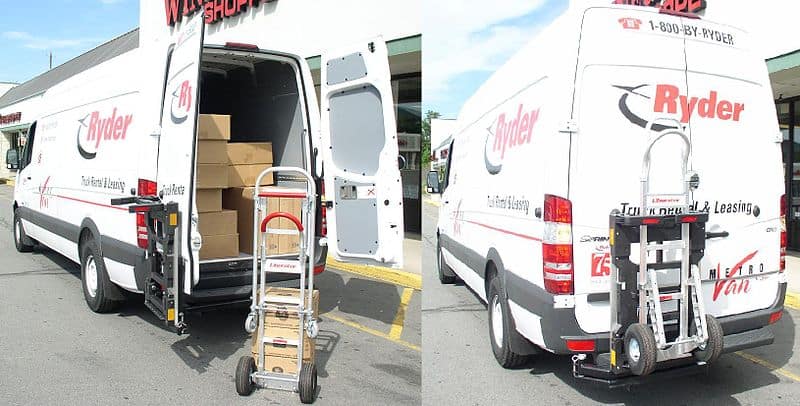 Which Van has the highest payload?

If you’re looking for the van with the highest payload that matches up with high efficiency, then you could go for a 2020 Mercedes Benz Sprinter. Some of its models can manage cargo of over 500 cubic feet.

How many miles per gallon does a Sprinter van get?

On average, Mercedes Sprinter vans are made to have up to 14.5 miles per gallon.

When properly equipped, the Sprinter 3500 can tow up to 7,500 pounds and the models with extended length have a maximum towing capability of 5,000 pounds.

Can a Sprinter van tow an Airstream?

Yes, most Sprinter vans have the towing capacity that can accommodate an Airstream camper.

What is Sprinter roof weight capacity?

Mercedes Sprinter vans have a roof weight limit of about 330 pounds and that includes the weight of roof rack installed.